The Executive Producer couldn’t contain his enthusiasm about the new production on social media: "Aritana 2 is already real!" 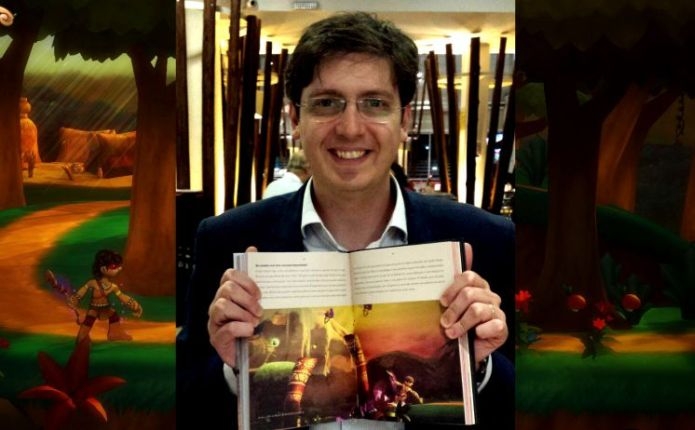 On a conversation with Drops de Jogos website, Pérsis Duiak, the studio’s Executive Producer confirmed that the company is engaged in the new game which is in full production.

The game was enrolled on Spcine’s competition, a cultural and digital projects promotion agency from São Paulo capital and soon the results will be released on what games will go to the public call second phase.

Pérsis says there is already a game prototype and unlike the original project the game is not platform. The heroes will be on a 3D set. “It’s going to be a third person game focused on bow and arrow”, the developer informed.

The creation appropriates the transmedia interactivity and the game is directly connected to a comic book project and cell phone game due to launch in the same period.

According to Pérsis, the developer team is right now “running like crazy to make the pitch and prototype perfect”.

On social media, Pérsis couldn’t contain his enthusiasm about the new production: “Aritana 2 is already real! Aritana 2 represents all that can be accomplished when we follow our dreams”, he wrote.

The programmer also informed that they are talking with Sony and there are plans to take Aritana for PlayStation 4 soon.