Release to the press on December 19th. It follows these guidelines of Drops de Jogos. 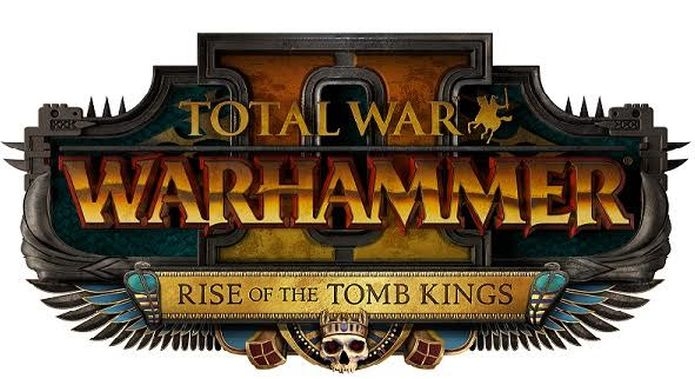 Across the arid wastes of once-proud Nehekhara, legions of skeletal warriors and vast, terrifying constructs rise from the sands to serve their ageless masters. The Tomb Kings have awoken – to rebuild their glorious empire anew!

New to both the Eye of the Vortex campaign and Mortal Empires in Total War: WARHAMMER II, the Rise of the Tomb Kings Campaign Pack introduces an entirely fresh campaign experience with a raft of race-specific gameplay mechanics, victory objectives, and lashings of authentic lore. In battle, the Tomb Kings field countless skeletal units, supported by towering stone constructs such as the Tomb Scorpion, Necrosphinx and the colossal Hierotitan.

In response to player feedback, Rise of the Tomb Kings does not contain a supplementary story campaign, but instead 2 additional Legendary Lords for a total of four, with their own skills, traits, quest-chains, legendary wargear and situational challenges. Players may embark on Tomb Kings campaigns as Settra the Imperishable, Khalida, Khatep and Nagash's former lieutenant, the malignant Arkhan the Black.

Complete details on Rise of the Tomb Kings' unique content can be found in the latest Total War blog-post here: https://www.totalwar.com/blog/tomb-kings-announcement

Rise of the Tomb Kings can be pre-ordered here: http://store.steampowered.com/app/617870

For the latest news about this title and the other Total War games, please visit www.totalwar.com or subscribe to Total War's YouTube Channel.