Release to the press on December 7th. It follows these guidelines of Drops de Jogos. 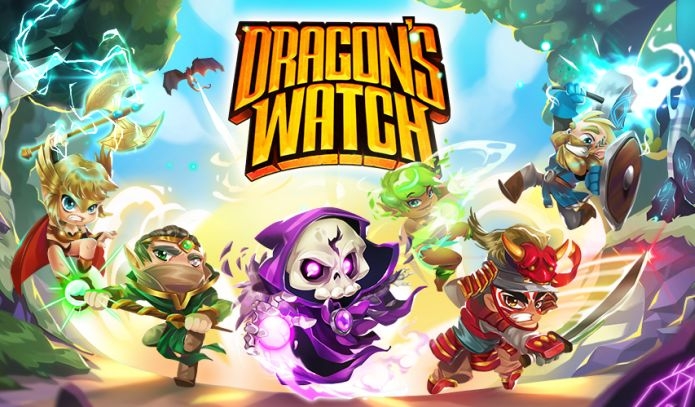 Dragon’s Watch takes players to the realm of Kagria, overtaken by dark forces bent on destruction. Players must assemble a band of plucky adventurers, taking them on quests through the game’s fourteen* regions – through forests, haunted castles, dark swamps, tropical islands and much more!

Dragon’s Watch introduces a new control system – the Revolver – which gives tactile and tactical control over six heroes during battles. Inspired by the original iPod control wheel, the Revolver brings a new level of depth to the battle RPG genre. Coupled with the game’s vast range of Heroes, each with their own skills and special attacks, this makes Dragon’s Watch quick to pick up, but with the depth to keep players engaged for the long term.

Unusually for a free-to-play RPG, Dragon’s Watch can be played offline – avoiding the difficulties faced by some players who find themselves unable to play their favourite titles on the move. The Secret Police’s unique technology platform allows offline players to play for up to 12 hours, synchronising with the game’s servers once a connection is available again – ideal for those on the move, whether on a train or plane.

The game also gives players a first glimpse of the Arena – where PVP battles take place in real time. This beta feature is being previewed at launch to help the team with user feedback – the Arena will become a major part of the game in 2018, with many more modes and features coming soon.

Over 700 heroes to collect, fuse and evolve, each with their own skills, stats and magic attacks!

Go head-to-head with real-time player-vs-player battles in the Arena!

The ‘Watch’ – idle game system sends squads on quests even when you’re not playing!

As a launch reward, those who play in the first week, from December 6th onwards, will be rewarded after launch with an ultra rare Hero – a bonus which will never be available to players again! Those pre-registering before 6 December at www.dragons.watch will also receive free items after the game launches.