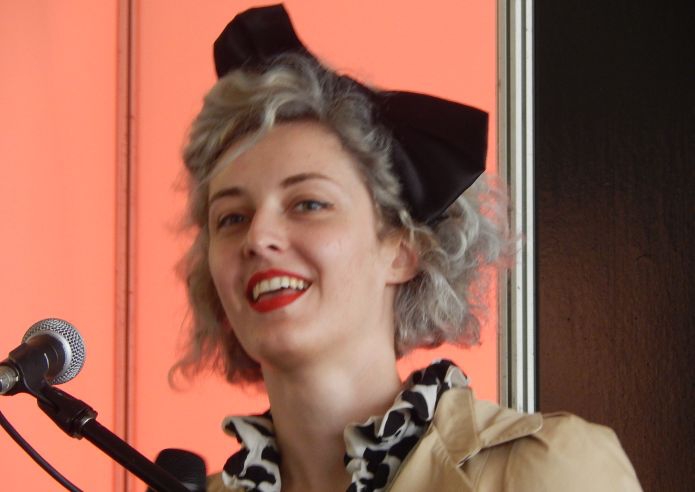 Avoiding stress among the members of the creation team results in games that are more fun and have better quality, said the developer Thais Weiller, from JoyMasher studio.

The claim was part of the lecture “Differences of working in large and small teams and how to make the best of the small ones”, given by the developer during DASH Games, a digital game’s event from ADJogos-RS.

“The final result and quality of game design are directly connected to the satisfaction with which developers do their work”, she said during her speech to the public present in the event. Using graphics, Thais demonstrated how sales also reflected the production quality according to the work environment.

One of the most critic moments in the game production stage is the phase known as Crush, she clarifies. “Crush is the period in which developers dedicate themselves non-stop to the project completion”. Added to the overtime that drains the creators’ energy and the subsequent delay in production, this element is one of the big responsibles for collective stress, which generates works contaminated by a general bad mood and subsequent impairment of sales.

Associate and partner of Danilo Dias at JoyMasher indie studio, to which she today dedicates “100% of my time”, as explained to Drops de Jogos during the event, Thais also provided valuable tips for an effective administration with developer groups.

Resources such as the presence of a member that acts as a ‘link’ between brilliant creators less gifted on the sociability aspect, the feedback among different hierarchical level professionals such as 'One-on-One' to better understand the team’s expectations and a retrospective analysis to evaluate the positive points and deficiencies of a finished project are some of the suggestions she gives.