Release to the press on December 6th. It follows these guidelines of Drops de Jogos. 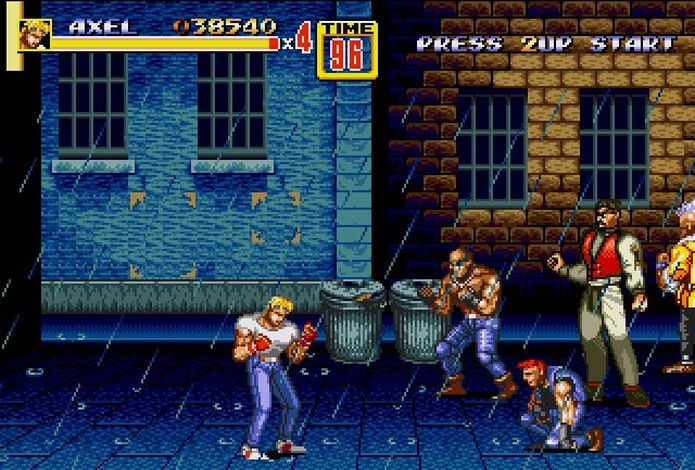 Roasted turkey and apples for all!  Today Streets of Rage  SEGA’s iconic beat ‘em up joins SEGA Forever, a growing collection of classic SEGA games that are free-to-play (with ad support) for mobile devices. All games in the SEGA Forever collection are available to download for free from the App Store for iPhone and iPad or Google Play Store for Android devices. Players who want to experience the games without ads can remove them for a one-time in-app purchase priced at $1.99/ €2.29 / £1.99.

Streets of Rage, which was developed by SEGA’s AM7 division, was first released in 1991 for the SEGA Genesis/Mega Drive. It is the first installment in the Streets of Rage trilogy and introduces the series’ three main characters Axel Stone, Blaze Fielding, and Adam Hunter, all of whom are former police officers pitted against the evil mastermind ‘Mr. X.’  The game also boasts a critically acclaimed original soundtrack composed by Yuzo Koshiro.

Streets of Rage supports cross-platform local multiplayer capabilities and, like the rest of the collection, it offers added features like leaderboards, cloud saves, and controller support. The multiplayer option will also be added to previously released SEGA Forever’s Golden Axe and Altered Beast in the coming weeks.