Release to the press on August 16th. It follows these guidelines of Drops de Jogos. 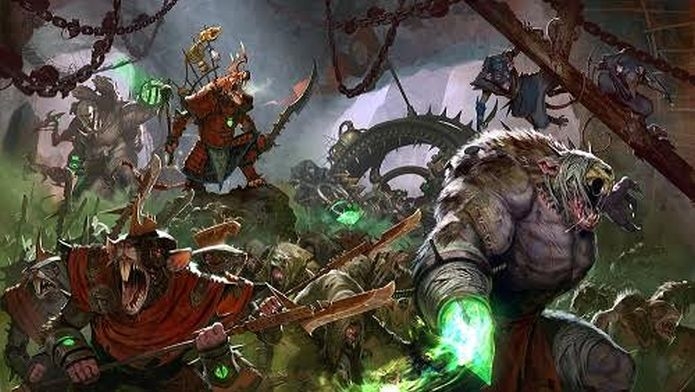 Bursting forth from their foetid under-hives, the Skaven have revealed themselves as the fourth playable Race in Total War: WARHAMMER II.

Long thought to be the whispers of madmen and heretics, these skittering Rat-men are shown in an explosive new trailer to be entirely real.

Brand Manager Henry Hankin said "we're as surprised as you are".

Led by Queek Headtaker and Lord Skrolk, the Skaven can be seen in the new cinematic leading a host of monsters and madcap machinery against the Dark Elves and Lizardmen. Their motives obscured, the devious Skaven are a highly numerous species who inhabit vast subterranean lairs. Now, their time of prophecy is upon us, and this verminous Race have emerged to spread pestilence and mayhem across the face of the New World.

The Skaven will be playable alongside the High Elves, Dark Elves and Lizardmen in Total War: WARHAMMER II, which launches September 28, 2017.