Veja claims to be the 1st publication to use virtual reality, but launches magazine after Mundo360 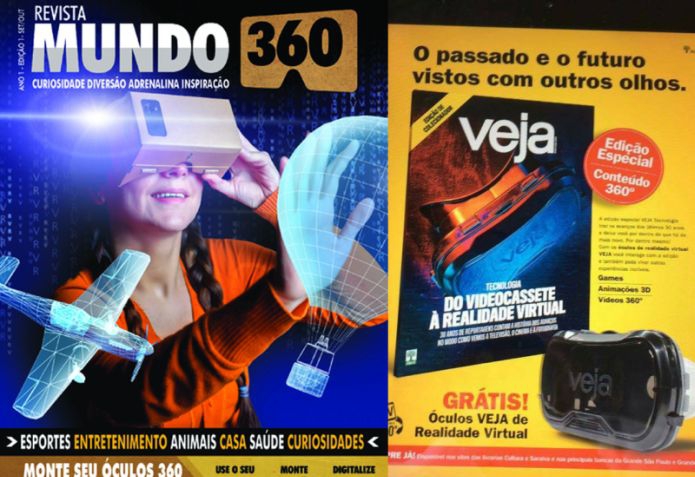 Veja magazine from Abril publishing house carried out an advertising campaign in partnership with África publicity agency and Itaú bank. In the campaign, copies of the publication containing virtual reality glasses were distributed to 10 thousand subscribers of the magazine. The distribution was made possible by the participation of Abril Big Data (ABD) and the companies involved claimed to bring “this resource to Brazil in a pioneer manner on a printed magazine", according to article published on Adnews website.

Veja, however, is not the first magazine to produce virtual reality or 360 technology content. The pioneer magazine in this technology is called Mundo360, it was created by the company Esconderijo das Crianças and it is a partner of Drops de Jogos website.

"I started the distribution in July, 2016. We went from newsstand to newsstand and were first launched in the EXPO BRVR event. I made the magazine without a big distributor, we created it to make virtual reality available to the public providing cardboard glasses", Rodrigo Arnaut told us at Drops Debate program.

Mundo360’s launch was covered by tuned publications of the publicity media, such as Meio & Mensagem and Adnews itself.