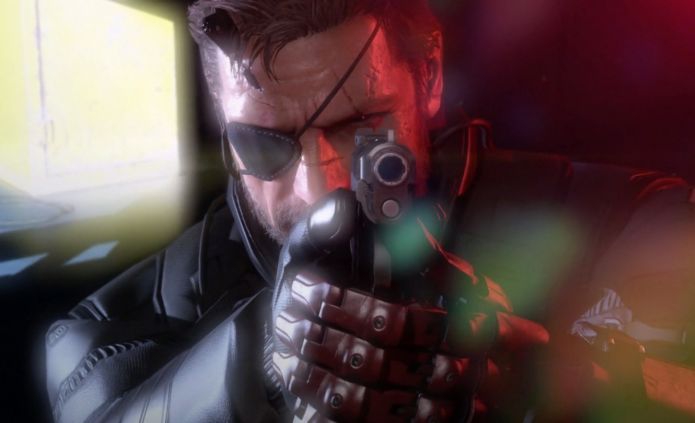 (11 segs) Skull Face: I was born in a small village. I was still a child when we were raided by soldiers: foreign soldiers. Torn from my elders I was made to speak their language. With each new post, my masters changed, along with the words they made me speak. With each change, I changed too. My thoughts, personality, how I saw right and wrong… words… can kill.

(50 segs) Ocelot: Time and again the country was ruled by a foreign tongue. When he was a young boy, he lost his native language: the bedrock for any developing child. His country, his family, his face, his identity… everything was stolen from him.

(1min45seg) Desconhecido (Code Talker, possivelmente): Since ancient times, every civilization’s ruler has had the same idea. When people unite under one will, they become stronger than the sum of their parts. And what do rulers use to bring people together? Language.

(2min6segs) Major Zero (provavelmente): This world will become one. I have found the way. Race, tribal affiliations, national borders… even our faces will be irrelevant. The world that the Boss envisioned will finally become a reality, and it will make mankind whole again.

(3min21segs) Skull Face: America is a country of liberty, a meeting of immigrants. Instead of simply assimilating, its’ citizens live alongside others. So the Major sought a system that used information… words, to control the subconscious.

(3min41segs) Ocelot: In his eyes, the greatest symbiotic parasite the world’s ever known isn’t microbial, it’s linguistic. Words are what keep civilization, our world, alive. Free the world, not by taking men’s lives, but by taking their tongues.

(4 min2segs) Skull Face: With this, I rid the world of infestation, sans lingua franca, the world will be torn asunder… and then, it shall be free. The chain of retaliation is what will truly bind this world together as one.